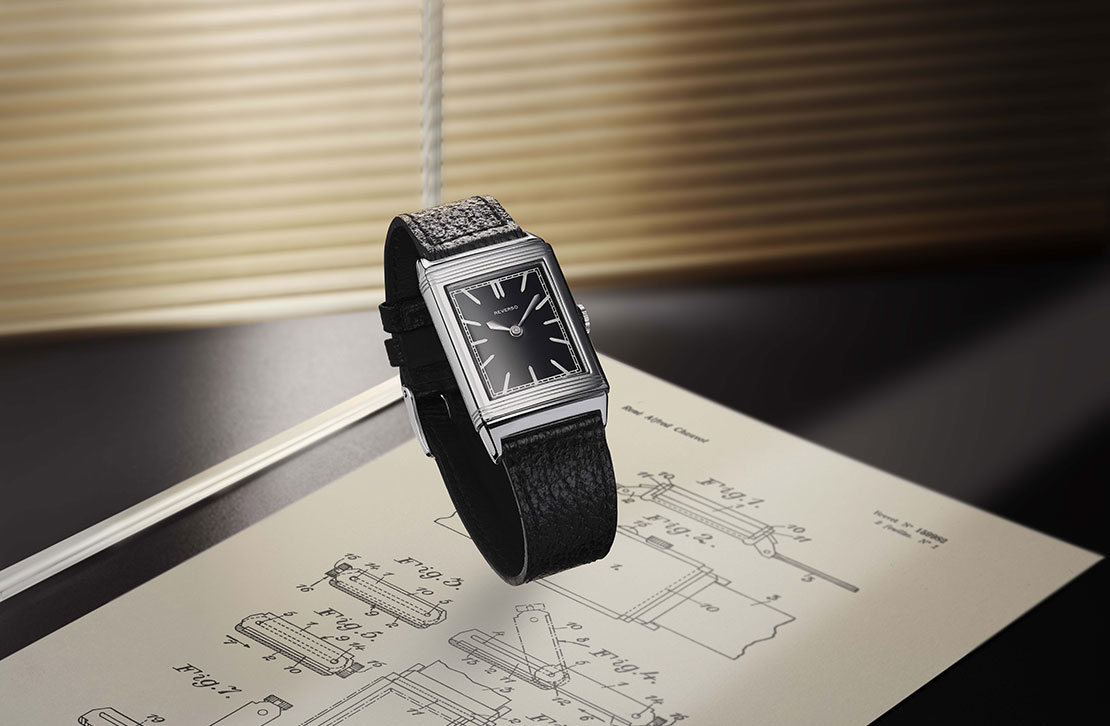 Jaeger-LeCoultre watches at Goldfinger Saint-Martin, Sint-Maarten and Saint-Bathélemy. Discover the history of the Reverso watch created in 1931

REVERSO: TIMELESS STORIES SINCE 1931
The story of an icon 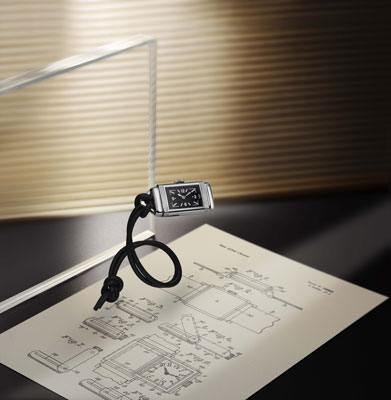 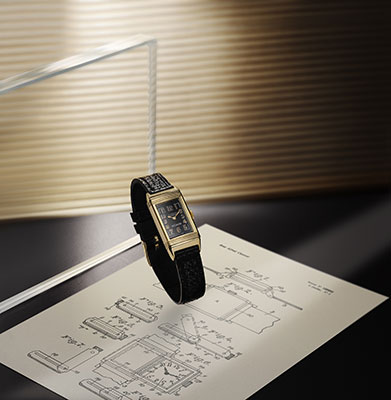 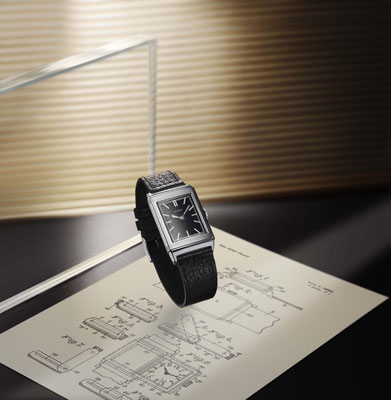 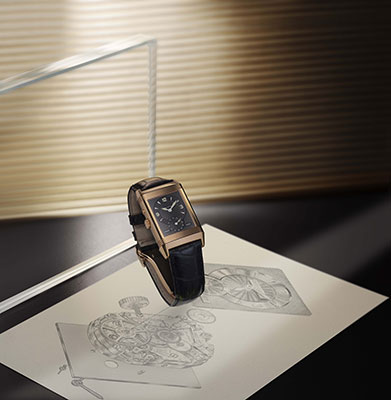 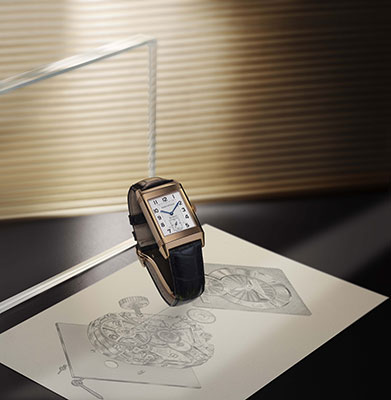 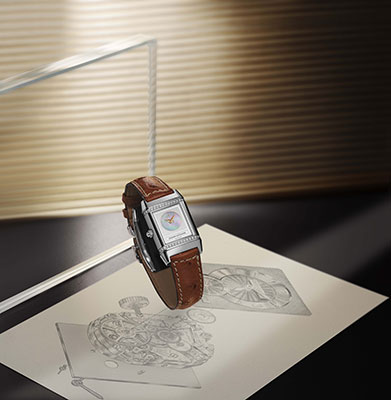 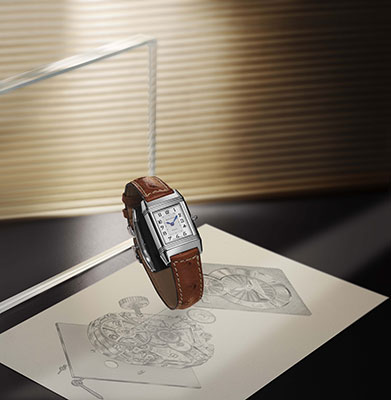 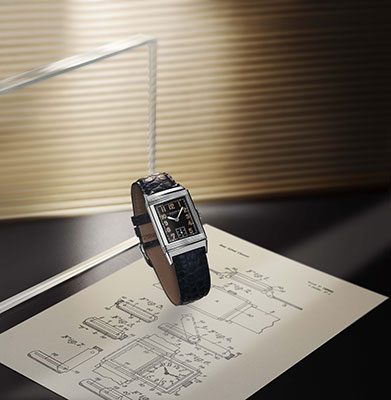 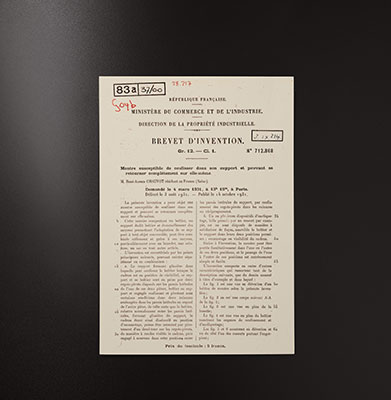 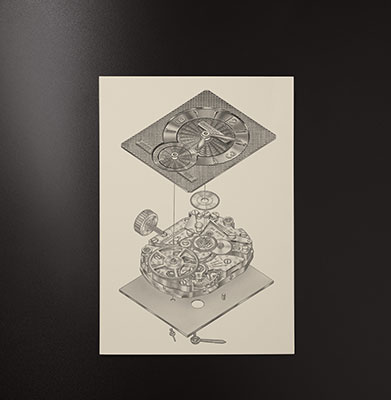 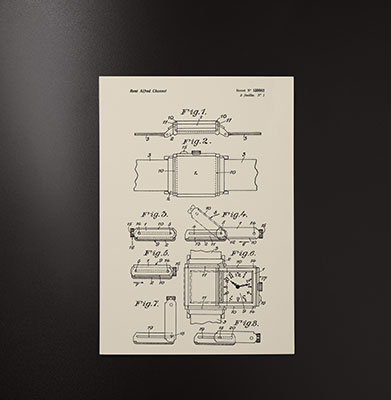 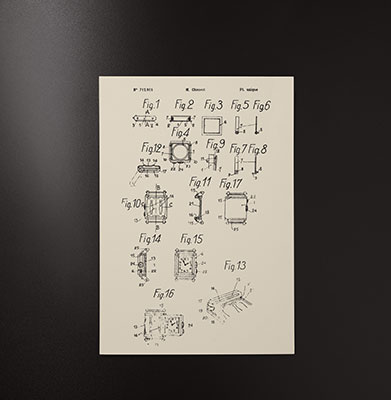 Created 90 years ago, the Reverso has remained eternally modern, daring always to be itself, without compromise, through nine decades of social change, shifting tastes and advancing technology. During the last 30 years, thanks to the revival of mechanical watchmaking and the blossoming of the artistic crafts, it has fulfilled a potential that could not have been imagined at the time of its creation. As a singular example of Art Deco design, it has become an icon in the true sense of the word. In 2021, Jaeger-LeCoultre pays tribute to a timepiece of rare longevity.

THE STORY OF AN ICON

The Reverso story began with a challenge: to create a wristwatch that could be worn on the polo field without being smashed. In 1930 César de Trey, a successful entrepreneur who was well acquainted with both Jacques-David LeCoultre and the Parisian firm of Jaeger SA through his activities in the watch business, was travelling in India, where British army officers had taken up polo. Asked if he could find a way to protect the glass and dial of their watches during matches, de Trey had the idea of a case that could be flipped over. He approached LeCoultre to produce it and, through connections with Jaeger, a French industrial designer, René-Alfred Chauvot, was engaged to design the case.

On 4 March 1931, the Paris patent office received an application to register “a watch capable of sliding in its support and being completely turned over”; in July, de Trey bought the rights to Chauvot’s design and in November he registered the Reverso name. Eager to get the revolutionary design to market as soon as possible, de Trey and Jacques-David LeCoultre set up a business partnership and began production immediately. The first pieces were on sale less that nine months after the patent application had been filed.

Success was immediate: as a quintessential expression of Art Deco style and the embodiment of modernity, the Reverso was adopted by tastemakers from all walks of life. Cases were offered in gold as well as the original Staybrite steel, and feminine models appeared, with options to be worn as pendants or handbag clips, as well as on the wrist. For those seeking even greater individuality, brightly coloured lacquer dials could be made to order, and the reverse side of the case personalised with engraving and lacquer.

As tastes changed after World War II, interest in the Reverso waned and by 1969, when the first quartz wristwatch heralded the greatest crisis the Swiss watch industry had ever faced, it had been largely forgotten. However, as the quartz invasion gathered pace, Jaeger-LeCoultre’s Italian distributor, Giorgio Corvo bought the last remaining 200 Reverso cases, had them fitted with mechanical movements, and sold every piece within a month. In 1975 the Reverso was officially reborn.

Jaeger-LeCoultre decided to bring production of the case in-house and, in 1981, assigned one of its engineers, Daniel Wild, to redesign it to modern technical standards. However, given the Reverso’s status as a design classic, any aesthetic change had to be almost imperceptible. In 1985, the new case was unveiled – the first to be machined at Jaeger-LeCoultre using (then new) CNC technology. Waterproof, dust-proof, with a new flip-over mechanism and redesigned lug attachments and carrier, it comprised 55 parts, rather than the 23 of the original. Stylistically, it appeared completely unchanged.

In 1991, six decades after the Reverso was born, it began its transformation from ‘one style, one watch’ into an entire collection. In 1994, the Reverso Duoface was created – a unique expression of dual time, with local time on the front dial and home time on the reverse. It was followed, in 1997, by the Reverso Duetto, a feminine interpretation of the double dial principle.

In 1931, Jaeger-LeCoultre launched a timepiece that was destined to become a classic of 20th-century design: the Reverso. Created to withstand the rigours of polo matches, its sleek, Art Deco lines and unique reversible case make it one of the most immediately recognisable watches of all time. Through nine decades the Reverso has continually reinvented itself without ever compromising its identity: it has housed more than 50 different calibres, while its blank metal flip side has become a canvas for creative expression, decorated with enamel or engravings. Today, 90 years after the Reverso was born, it continues to epitomise the spirit of modernity that inspired its creation.